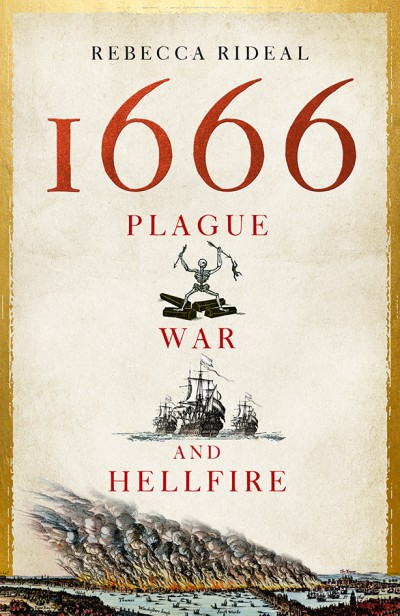 1666 was a watershed year for England. It was the year of the Great Plague; the eruption of the second Dutch War, the clash between two great powers which ultimately ended in one of the English military’s most humiliating defeats; and the Great Fire. It is a year in which no single event existed alone and which, in many ways, gave shape to the country we know today.

1666: Plague, War, and Hellfire shines a light on these dramatic events to reveal an unprecedented period of terror and triumph, in a book full of extraordinary characters and teeming life.