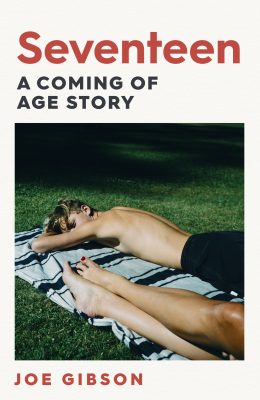 The publisher wrote: “It’s 1992. Like every other 17-year-old boy, Joe has one eye on his studies, the other on his social life – smoking, Britpop, girls. When his 35-year-old teacher takes an interest in him, it seems like a fantasy come true.”

“For his final two years at school, Joe is bound to her, a woman twice his age, in an increasingly tangled web of lies and manipulation. Their affair, a product of complex grooming and a shocking abuse of authority, is played out in the corridors of one of Britain’s major private schools, under the noses of people who suspected, even knew, but said nothing. Thirty years on, this is Joe’s gripping record of the illicit relationship that dominated his adolescence and dictated the course of his life for 17 years.”

Gibson added: “I am thrilled and honoured to be publishing Seventeen with Simon & Schuster. I began writing this memoir in 2011, but it has taken more than a decade to complete. Only since participating in The Truth Project, part of the Independent Inquiry into Child Sexual Abuse, have I been able to properly analyse long-hidden secrets and accept the impact on my life of this abuse of authority. I have brought my experience to the page to help empower those whose stories have been buried to speak and be heard.”

For more, see The Bookseller article.