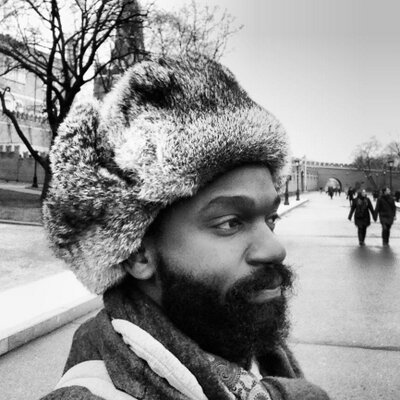 September Publishing has acquired an updated edition of Samson Kambalu‘s “wickedly funny, artistic” childhood memoir THE JIVE TALKER: OR HOW TO GET A BRITISH PASSPORT. Editor Hannah MacDonald bought UK and Commonwealth rights from Laetitia Rutherford.

The artist was recently awarded the commission of Trafalgar Square’s fourth plinth for his sculpture “Antelope”. Kambalu’s work has been shown around the world, including at the Dakar Biennale, Liverpool Bienniale and Venice Biennale. He is the recipient of research fellowships at Yale University and the Smithsonian Institution, and is now associate professor of fine art at Ruskin College and fellow at Magdalen College, Oxford University.

“The Jive Talker is a uniquely vivid and wickedly funny memoir of growing up ambitious, creative and sometimes hungry in Malawi. With exuberant prose, a cast of extraordinary characters and a rebellious spirit, Samson Kambalu tells the story of how a little boy obsessed with fashion, football, Nietzsche, and Michael Jackson won a free education at the Kamuzu Academy (‘the Eton of Africa’) and began his journey to art school and artistic success in Europe.

“The son of a philosophising, hard-drinking, poorly-paid hospital manager, Samson Kambalu’s award-winning conceptual work has been shown in galleries across Europe and still evokes that childhood landscape of books, family chaos and music as well as post-colonial injustice, poverty and Aids. Unlike any other childhood memoir you will read, The Jive Talker burns with a subversive, often surreal, humour, wisdom and artistic heat.”

For more, see the article in The Bookseller