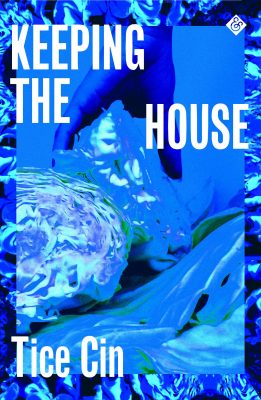 The accolades keep coming in for KEEPING THE HOUSE – it has now been shortlisted for the Desmond Elliott Prize 2022. In a shortlist of three, Tice Cin‘s mesmerising debut adds this to prize listings for the Jhalak Prize, the British Book Awards, Dylan Thomas Prize, as well as a Somerset Maugham Award.

With a reputation as the most prestigious award for debut novelists, the Desmond Elliott Prize encourages publishers from across the UK and Ireland to submit literary fiction debuts for consideration, awarding one winning author £10,000 to shape their developing career.

In 2020, the thirteenth year of the prize, The Desmond Elliott Prize moved into the care of National Centre for Writing. The Prize is central to a suite of three new awards from NCW celebrating and supporting early-career writers.