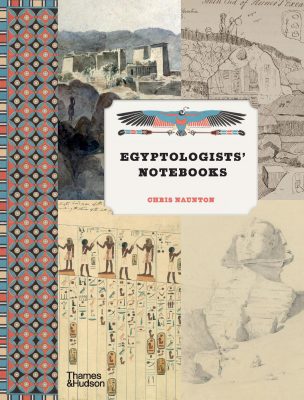 EGYPTOLOGISTS’ NOTEBOOKS by Chris Naunton has been shortlisted for the 2022 Peter Mackenzie Smith Book Prize. The prize was announced in a ceremony on 28 March 2022.

The British Egyptian Society awards the prize every two years, with £5,000 going to the book that best improves understanding of the history, economy, culture, arts, music, literature, religions, beliefs and practices of Egypt. The Prize is named after Peter Mackenzie Smith who, for many years, worked for the British Council in Egypt and many other countries. He was a Board member of the British Egyptian Society for 17 years and sadly passed away suddenly in 2020. The prize, already in the planning, was subsequently named in his honour.

The prize focuses on books attracting a wide readership in the English speaking world. For more info, see the British Egyptian Society webpage.