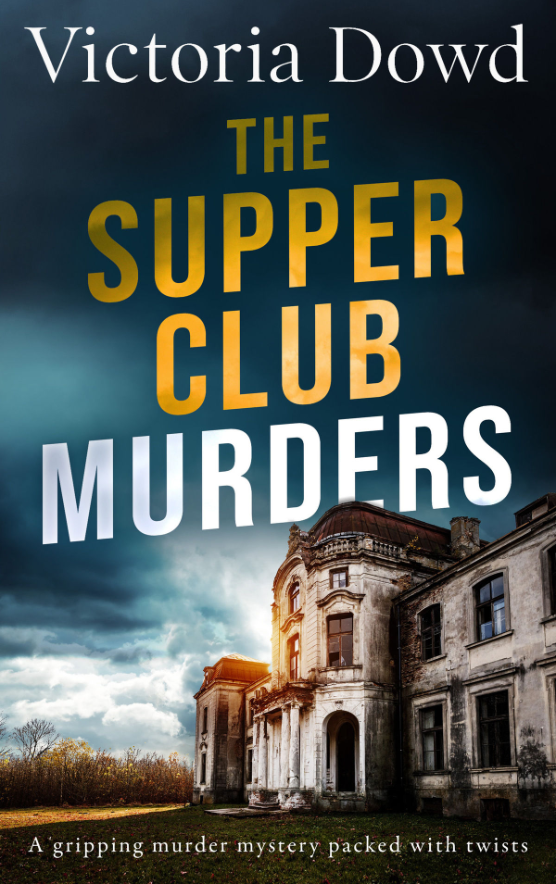 The phones are out.
The roads have flooded.
There’s no way in or out.
And the murders have begun.

Ursula Smart and her mother are invited to a supper club at Greystone Castle on the edge of a picturesque Dartmoor village, along with their ever-adventurous book group.

But as the dinner party begins, their hosts Lord and Lady Black begin to reveal festering resentments. Lord Black, who actually bought his title, looks like he’s having an affair with the maid.

Then as midnight strikes, someone is found brutally murdered and the Smart women find themselves investigating another perplexing crime.

On this dark and stormy night, with the castle cut off by flood waters, who will be the next to die?

AN IMPOSSIBLE LOCKED-ROOM MURDER MYSTERY WITH A TOUCH OF DARK HUMOUR.

““I absolutely LOVED this book. The Supper Club Murders is another brilliantly original mystery, fizzing with atmosphere and intrigue. A perfect cocktail of devilish plot and ingenious characterisation, all laced with Dowd’s unmistakable wit. Superb!””
Philippa East, author of Little White Lies & Safe and Sound
““Murders, laughs and a malevolent wig-stealing monkey — this book is a riot!””
Nicola Gill, author of We Are Family

Other books by Victoria Dowd