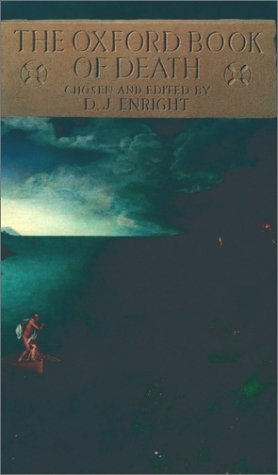 The Oxford Book of Death

“Reading for this anthology,” writes D.J. Enright, “I was moved to the thought that on no theme have writers shown themselves more lively.” A survivor of Belsen voiced the same sentiment when, reflecting on the concentration camps, he wrote, “When in death we are in the midst of life.” By turns poignant, tragic, comic, and inspiring, this anthology of thoughts about death ranges from ancient times to the present day–including almost 900 selections by poets, novelists, philosophers, scientists, and common people. Arranged under headings such as “Love,” “War,” “Last Words,” and “Children,” these selections show the varied, sometimes surprising, reactions of the dying and the bereaved to the final human act.

Other books by D.J. Enright (Estate)