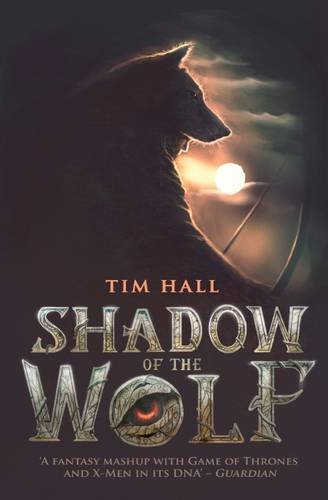 Shadow of the Wolf

So many tales have already been told of Robin Hood. Already he’s the hero with a thousand faces. First, forget everything you’ve heard. Robin was no prince, and he was no dispossessed lord; he didn’t fight in the Crusades; he never gave a penny to the poor.

His real name wasn’t even Robin Hood. Marian called him that as a kind of joke. Sir Robin of the Hood. A name Robin would cling to when he was losing grip of everything else. Mind you, one thing you’ve heard is true. He was blind.

No, that’s not right. Let me put that another way. Truer to say, Robin Hood didn’t see with his eyes. In fact he was the only one who saw clearly in this place of illusion and lies.

The first book of the trilogy, SHADOW OF THE WOLF, is set in Sherwood Forest in medieval England. In it, Tim Hall presents a Robin Hood more heroic and horrific than ever before: a fourteen-year-old, blind, ruthless assassin and elemental creature of the forest, hell-bent on a mission to avenge his father’s death and the brutal abduction of his soul mate Marian. It is a breathtakingly original – and utterly compelling – retelling of the Robin Hood legend.