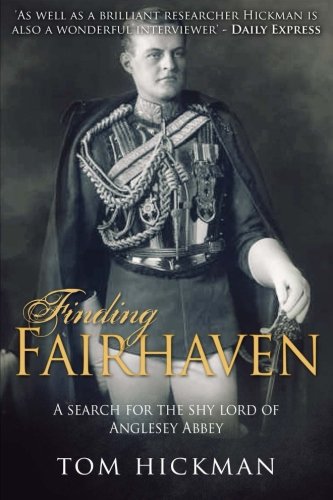 Finding Fairhaven: A Search for the Shy Lord of Anglesey Abbey

Urban Huttleston Rogers Broughton, Lord Fairhaven, was almost crippling shy, wrote nothing about himself and was never interviewed.

Finding Fairhaven reveals this complicated man who gave his home, Anglesey Abbey, and its beautiful gardens to the National Trust.

Born in America’s Gilded Age to an English engineer and an oil heiress, Huttleston, as he was known, served in the Household Cavalry in the First World War.

He received his title, meant for his father who suddenly died, almost certainly thanks to his mother’s friendship with Queen Mary.

Racehorse owner, philanthropist, fanatical collector of paintings of Windsor Castle, Huttleston masked his shyness in public behind a stern expression. In private, he was a warm and humorous man, called ‘Lordy’ by his staff – who he considered his friends.

An obsessive man, he kept lists about everything and even numbered his suits so that he never wore the same one twice anywhere.

He never married – because, he told his chauffeur, he’d have to make his wife leave the Abbey at shooting weekends, which were all-male affairs.

Finding Fairhaven is more than a biography. It’s a rich family saga of a bygone age.