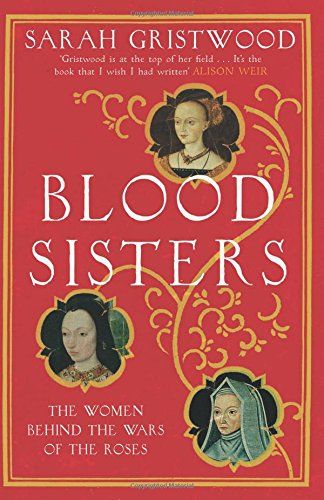 Blood Sisters: The Women Behind the War of the Roses

The true story of the White Queen and more, this is a thrilling history of the extraordinary noblewomen who lived through the Wars of the Roses.

The events of the Wars of the Roses are usually described in terms of the men involved: Richard Duke of York, Henry VI, Edward IV, Richard III and Henry VII. But these years were also packed with women’s drama and – in the tales of conflicted maternity and monstrous births – alive with female energy.

In this completely original book, Sarah Gristwood sheds light on a neglected dimension of English history: the impact of Tudor women on the Wars of the Roses. She examines, among others, Cecily Neville, who was deprived of being queen when her husband died at the Battle of Wakefield; Elizabeth Woodville, the commoner who married Edward IV in secret; Margaret Beaufort, mother of Henry VII, whose love and ambition for her son knew no bounds.

Until now, the lives of these women have remained little known to the general public. Sarah Gristwood tells their stories in detail for the first time. Captivating and original, this is historical writing of the most important kind.

“Most of the leading players of the Wars of the Roses have traditionally been thought to be men. Historian Sarah Gristwood stands this on its head . . Gristwood successfully evokes the lives of all these women, and in doing so brings a new and welcome perspective on the Wars of the Roses”
Sunday Times
“The tendency in the past has been either to demonise these women or to romanticise them . . . The real achievement of Gristwood’s book is to take what material we have and develop a more nuanced analysis . . . Their adaptability and absolute determination is an overlooked aspect of the Wars of the Roses, and Sarah Gristwood is to be congratulated for her highly readable account of their lives”
Literary Review