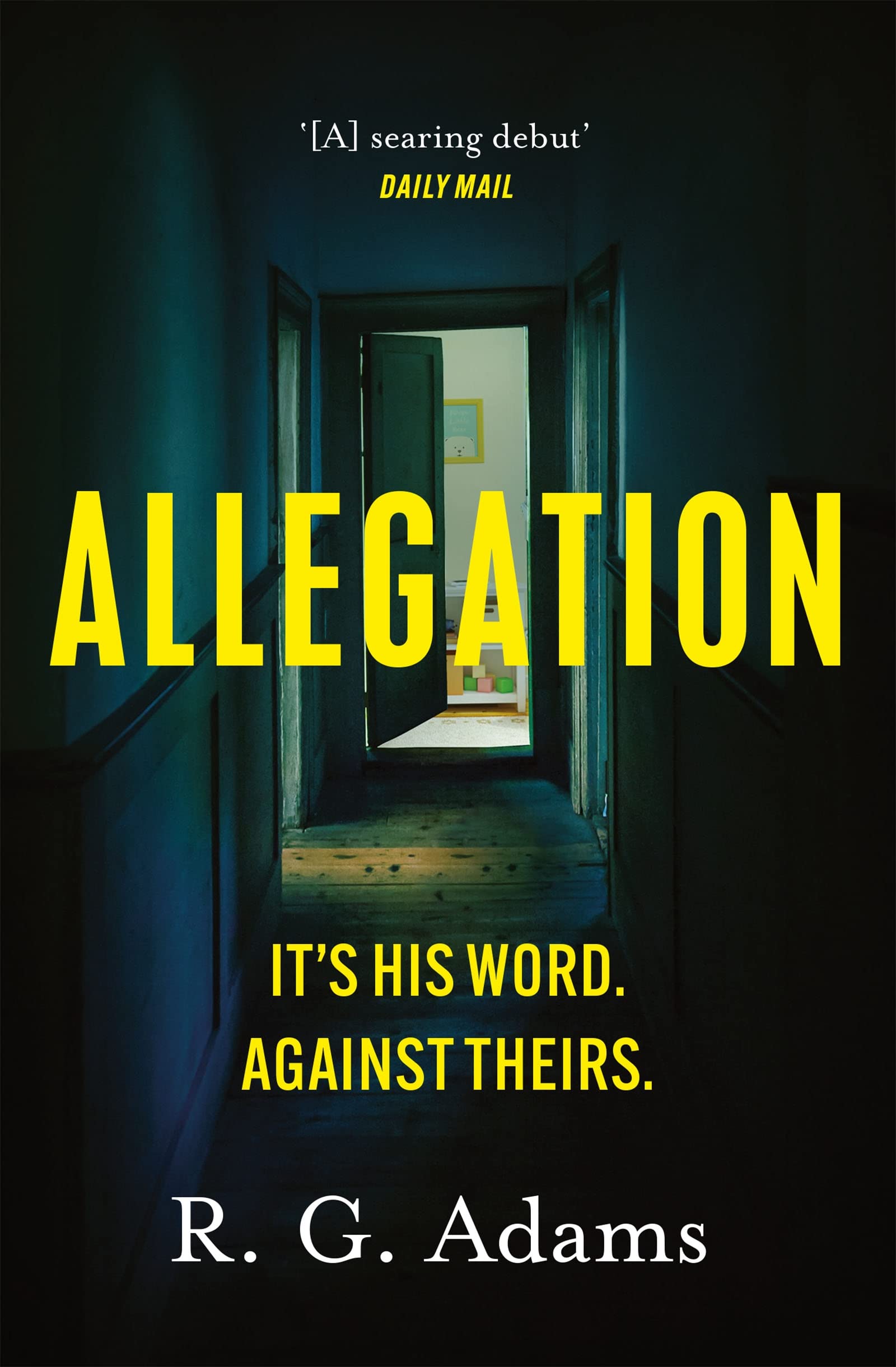 There isn’t going to be an easy way to say this . . .’
An evil monster exposed?
‘. . . I’m afraid an allegation has been made’
Or an innocent father condemned?

A scandal will shake a small community to its very foundations.

Sandbeach, South Wales. Two women have come forward to make historical sexual allegations against a pillar of the local community, Matthew Cooper. And child-safeguarding protocol demands that Social Services remove the accused from his home and his family, while a formal assessment is carried out.

The Cooper case lands on the desk of inexperienced Social Worker, Kit Goddard. Although intrepid and intuitive, she is ill-prepared for such a high-profile case.

Kit finds herself navigating a local minefield of connections and class, reputations and rumour. Unsure whether her interference is a heroic intervention or a hurtful intrusion, she knows one thing: it will have an impact. The question is whether this impact will be to expose an iniquitous lie, or destroy an innocent life…

“Allegation's subject of historical abuse could not be more timely or alarming in this smashing debut from R.G. Adams. Social worker Kit Goddard is an utterly convincing character negotiating an obstacle course of prejudice, gossip and false truths. I hope we see more of her. ”
Christopher Fowler
“This searing debut from a retired social worker of 30 years could not be more timely – nor more true … Harrowing, moving and written with a fearsome authenticity, the story forces the reader to question where the truth lies.”
Daily Mail