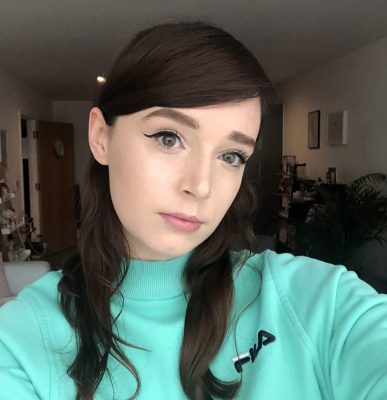 Eloise describes herself as “born obsessive”. What that means changes day to day, depending on what her brain latches on to. Some obsessions have lasted a lifetime, while others will be intense but only last a week or two. A culmination of a life spent obsessing, it offers a glimpse into Marianne’s brain, but also an insight into the lives of others like her. From death to Medusa, to Disneyland to fire, to LA to her dog, the book will explore the intersection of neurodivergence, obsession and disorder, telling the story of one life underpinned and ultimately made whole by obsession. The book will publish in April 2022.

Senior commissioning editor at Icon Books Ellen Conlon said: “Marianne’s writing is so refreshing. Diagnoses of autism and OCD are becoming more common, especially among young women, and yet there is still so much unknown about the experience of actually living with the conditions. Marianne does not shirk away from any subject, and she brings honesty, humour and touching insight to exploring her experiences, both their highs and their lows. As a young journalist she already has a brilliant profile for her writing, and as Icon expands, we’re keen to help her broaden her platform and reach.”

Commenting on the book, Eloise said: “I wrote Obsessive, Intrusive, Magical Thinking partly as a way to understand my own brain and explain neurodiversity to other people, but ultimately just so I could spend months reading and writing about all the things I never stop thinking about anyway.”

Eloise is a journalist who previously worked at Dazed and Confused as a staff writer. She writes about film, TV and digital culture through a personal lens for outlets including Nylon, Paper, Mic, the Guardian, Vulture, Refinery 29 and VICE, among others. Additionally, she writes on a number of sensitive topics in the form of personal essays and original reporting, especially Obsessive Compulsive Disorder, neurodiversity, grief, chronic illness and mental health issues.