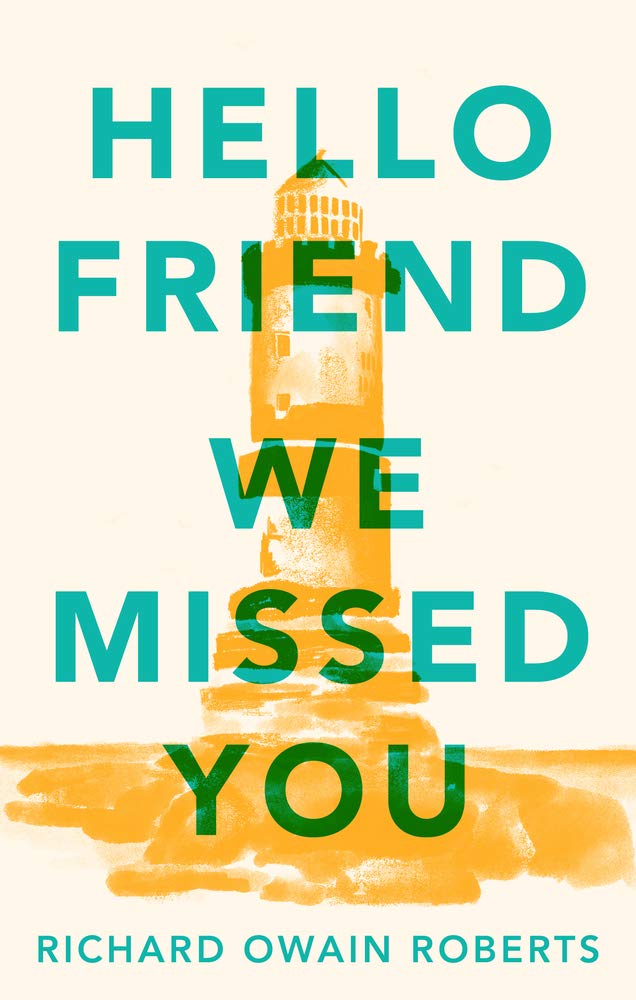 Hello Friend We Missed You

Not the Booker 2020 winner HELLO FRIEND WE MISSED YOU.

In this minimal yet stylistically capacious novel, Hill returns to his dying father’s house. Instead of a deathbed reckoning with his father – known only as Roger – Hill starts a relationship with Trudy, Roger’s career.  Roger’s voice is one among many that weave into Hill’s narrative, in prose that often breaks into letters, email, text messages, dialogue both external and internal – all while maintaining a tangible, circular, universally resonant story about returning home.

In a tone suffused with absurd humour, that shimmers by turns with domestic warmth, ironic detachment, and poignant devastation, the novel touches on family, grief, ambition, how we do and don’t communicate, the ubiquity of the internet, cancel culture, and veganism.

This is a funny, eye-opening, deeply felt work of art with a sharp delivery of character and a truly contemporary feel.

“I would never have predicted that the most interesting and original book on this year’s shortlist would be something like Hello Friend We Missed You, because Richard Owain Roberts’ book is wonderfully unlike anything else…
Roberts has created an effective and intimate third person perspective that seamlessly moves from amusement to tragedy… Because the great thing about Hello Friend We Missed You is that it never takes itself too seriously. Roberts consistently undercuts pretension and finds comedy in unexpected places. Such well-directed scorn prevents the book from ever feeling maudlin, but there’s also enough genuine emotion and uncertainty to stop it feeling flippant. It’s as poignant as it is pointed. The net result is a novel that has impressed me more than any other on our shortlist. I do believe we’ve found a gem.”
Sam Jordison, literary critic and publisher and Not the Booker Judge
“A virtuoso display of a writer in complete and audacious command of his material. What is at root a simple boy-meets-girl story is transmuted into something uniquely astonishing through a wild and intrepid imagination. To repeat: this novel is so, soooo good.”
Niall Griffiths
“This is an undeniably cool book but it also has a great deal of soul... a writer of exceptional stylistic talent but one who manages to bring characters and places into vibrant life. Richard Owain Roberts could be the voice of our generation, I hope people are reading.”
Amy Lloyd, One More Lie (Penguin)
“If one of the functions of the novel is to reflect the world around us then Hello Friend We Missed You is as close as you can get to a perfect piece of art.”
Rhys Thomas, The Unlikely Heroics of Sam Holloway (Wildfire)