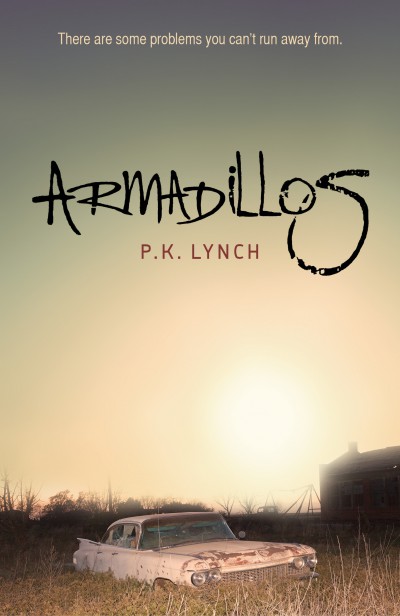 Aggie is fifteen, a ‘sub’ from a ‘sub’ family, one of Texas’ downtrodden. Her father and brother enact that ‘sub’-ness on her, week in, week out. She has only the vaguest notion that there is something wrong with the sexual abuse she endures, and instead dreams of the outside world. So, one day, Aggie walks out. In an alien environment, where there is little care for a sub like her, her toughness and rugged charm rise to the fore. Like the armadillos that are, to most people, mere roadside targets and yet flourish in Texas’ barren landscape, Aggie is a survivor.

In her escape, she encounters a cornucopia of characters: pink-haired Freak, the beast-like Marjorie, and Ade, a conspiracy theorist Scot who runs a squat in a mansion abandoned during the mortgage crisis. They offer Aggie the sort of family – albeit a thoroughly dysfunctional one – that she’s been looking for. But when she gets embroiled in a crisis involving stolen money and the creepy blue-fingernailed Duke, the novel rattles to a terrifying conclusion with Aggie at its heart.

ARMADILLOS is the thrilling tale of a survivor, but also a picture of contemporary conservative middle America, a startling mix of extremes of rich and poor. An extract from the beginning of the novel won The Sceptre Prize in 2013.

Other books by P.K. Lynch