THE DUNGEON HOUSE by Martin Edwards is published today 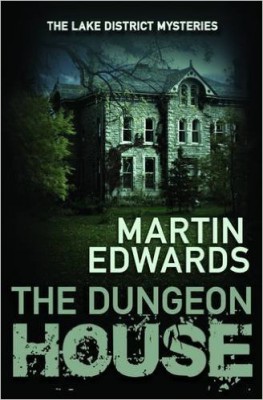 The wealthy owner of the magnificent Dungeon House, Malcolm Whiteley,  discovers that his attractive wife Lysette is having an affair. After a disastrous open house barbecue at Dungeon House, Lysette tells Malcolm their marriage is over – and he takes out the old Winchester rifle he had been hiding…

In the present day, Hannah Scarlett’s cold case team are looking into the three year old mystery of the disappearance of Lily Elstone, whose father was Malcolm’s accountant.  Their investigation coincides  with the disappearance of another  teenage girl, Shona Whiteley, daughter of  Malcolm’s nephew Nigel, who now  resides in the tragic Dungeon House.  Twenty years earlier, Malcolm shot his wife and killed his daughter before committing suicide. But as Hannah’s team dig into the past, doubts arise about what  exactly happened on that fateful day twenty years ago.