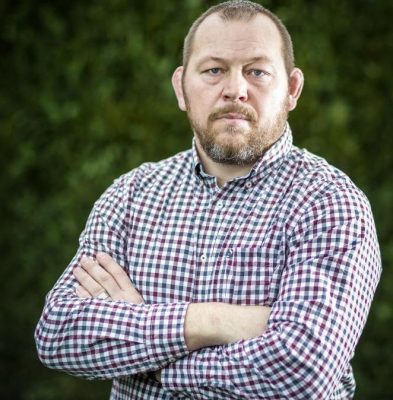 Blink Publishing, part of Bonnier Books, has bought world rights in a “moving and brave” memoir from rugby player Steve Thompson, who has been diagnosed with early-onset dementia as a result of collisions, concussions and injuries from playing the sport.

James Hodgkinson, senior editor, acquired world rights to UNFORGETTABLE from James Wills at Watson Little. It will be published in hardback, audio and e-book in April 2022, coinciding with the rugby Six Nations season.

“In 2003, England won the Rugby World Cup. Steve was in England’s front row, at the heart of the match, and at the heart of the scrum – one of sport’s most destructive, repetitive impacts. Today, he remembers nothing about playing in that 2003 final. In his words, watching the tape back is like watching a ghost.”

Thompson is now campaigning to improve the game and safeguard those who play it. Unforgettable is described as “part sports memoir – with stories contributed by his world-cup winning teammates and his former manager, Sir Clive Woodward – and part raw human storytelling”. The publisher said: “In it, Steve makes memories for himself and for his children, and will relive the biggest battle of his life, with his toughest opponent – his own mind. Despite the constant reminders of what has been lost, and what is still to lose, Steve’s powerful story is one of hope and courage. Unforgettable will stand as testament to the ultimate strength of the human mind – and to a man no longer pushing himself to the limit for competition, but for his own place in the world.”

Thompson added: “I’m so excited to be able to work with Bonnier on my book, Unforgettable. It’s not the story that anyone would have chosen for themselves – but it is mine. Countless people in the UK are affected by dementia – either directly or indirectly – and I hope my story can help shed new light on some of the difficult conversations so many of us have to have, and to show people that hope and happiness can be found in even the toughest of situations. If my standing up and speaking out can help someone else, I’m proud to do it.”