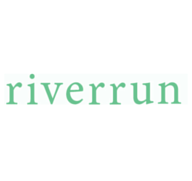 John Giwa-Amu’s debut feature Little White Lies premiered at Tribeca in 2006, won the BAFTA Cymru and a British Independent Film Award. Also known for Don’t Knock Twice, The Call-Up, he was Executive Producer on Sally Potter’s The Party. John Giwa-Amu won the UK Film Council Breakthrough Brits Award in 2008 and was named one of the world’s most promising new producers by Screen International at Cannes Film Festival in 2015.

Mark Lo was Executive Music Producer on the 7-part TV drama Jonathan Strange and Mr Norrell, and other credits include Carol, Belle and The Railway Man. He is currently making his directorial debut with Count Me In, a documentary feature about drummers now in post-production.

Richard Arcus of Quercus imprint riverrun acquired UKBC rights in print, ebook and audio at auction from Laetitia Rutherford of Watson, Little, during the London Book Fair. ALLEGATION will be published in Hardback, Ebook and Audio in June 2020.