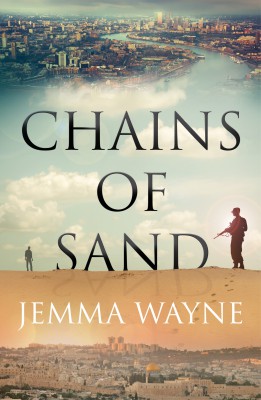 CHAINS OF SAND tells the story of Israeli army veteran Udi who dreams of a new life in England and Londoner Daniel who wants for nothing but yearning for something more, looks to Israel for the answer.

Reviews will be released on the Guardian website each week and a panel of judges, made up of Guardian readers, will announce their winner in October.

Congratulations again to Jemma and all those shortlisted!