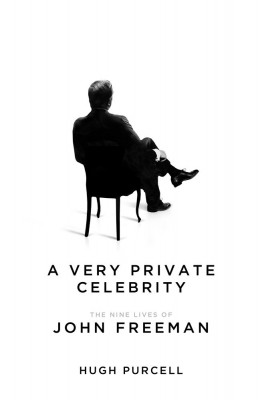 A VERY PRIVATE CELEBRITY: THE NINE LIVES OF JOHN FREEMAN tells the story of one of Britain’s most extraordinary public figures for over half a century. Hugh has been tracking down John’s story for over ten years, chasing the enigma that believed in changing his life – and his wife – every decade.

“A fascinating biography of a remarkable – and mysterious – man. The real John Freeman might be as elusive as the Holy Grail, but Hugh Purcell made it his quest. Anyone interested in the nature of British politics and broadcasting in the twentieth century should be grateful that he has done so.” – Dominic Lawson