Have a burning history question? Ask Greg Jenner for his new book ASK A HISTORIAN! 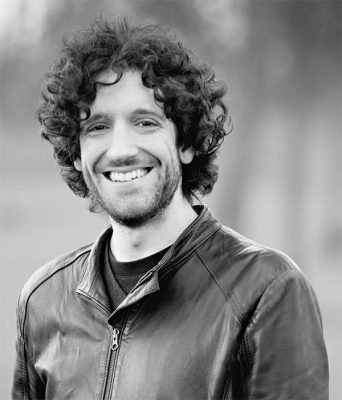 Weidenfeld & Nicolson have commissioned public historian, author and podcaster Greg Jenner to write a book answering the funniest, most unique and curious questions he has been asked by adults, young people and children over the years. Editorial Director Maddy Price bought world rights from Donald Winchester at Watson, Little.

ASK A HISTORIAN will take the reader on a magical tour through history, revealing the best and most surprising stories, facts and historical characters throughout the ages.  Bouncing through a wide range of subjects, from overrated monarchs to who invented biscuits, and spanning the Stone Age to the Swinging Sixties, this will be an entertaining and informative roller coaster ride of historical curiosity answered one question at a time.

Greg has been collecting questions from audiences at his live events over the years. He intended to collect many more at his events supporting publication of his last book Dead Famous, released in March of this year. However due to the global pandemic, all his events were cancelled, so he is now inviting members of the public to submit questions via an online survey. You can ask Greg a question via the below online survey or on Twitter @greg_jenner.

The survey can be found by clicking here.

Greg Jenner is a public historian, broadcaster, and author, and an Honorary Research Associate at Royal Holloway, University of London, where he does some occasional teaching. He is the Historical Consultant to BBC’s Emmy & multiple BAFTA award-winning HORRIBLE HISTORIES, and was a key member of the team on HORRIBLE HISTORIES: THE MOVIE – ROTTEN ROMANS. He is the host of the number one BBC comedy podcast YOU’RE DEAD TO ME and the children’s version, HOMESCHOOL HISTORY, and is a regular voice on BBC Radio 4. His TV appearances include BBC2’s THE GREAT HISTORY QUIZ and INSIDE VERSAILLES. He has written two previous books – A MILLION YEARS IN A DAY and DEAD FAMOUS: AN UNEXPECTED HISTORY OF CELEBRITY.

Maddy Price, Editorial Director, Weidenfeld & Nicolson said: ‘Greg occupies a unique space in the history world – he’s a serious historian with a gift for mass-communication. Through his books, TV-writing and podcasts he shares the joy of history with audiences young and old. This subject is perfect for him, a chance to explore all the best stories, facts and figures you never thought to ask about, but definitely need to know. I can’t wait to publish this fascinating, and no doubt hilarious history book.’

Greg Jenner said: ‘Audience Q&As are always the most fun part of book events. Sometimes the same question comes up again and again, revealing that there are just some things we all wish we knew (underpants often feature heavily). But, sometimes, I’m absolutely knocked sideways by a brilliantly weird query that I’ve never even considered before, and I have to go away and research the answer! Anything might come up, from “who invented biscuits?” to “why is Italy called Italy?” to truly enjoyable what ifs, like “which people from history would you recruit for an Ocean’s Eleven-style heist?”. I’m gutted that my book tour for Dead Famous has been cancelled due to Covid 19, as I was really looking forward to meeting people and listening to their questions in person, but thankfully the magic of the internet means we can still do all that online. I eagerly await the digital postbag stuffed with fascinating and fun questions that people always wondered about but never knew who to ask.’

Ask a Historian: 57 Things You Always Wanted to Know, But Didn’t Know Who will be published by Weidenfeld & Nicolson in September 2021 in hardback, ebook and audio.