Happy Birthday to Chinua Achebe, the anniversary of the great Nigerian novelist’s birth is today. 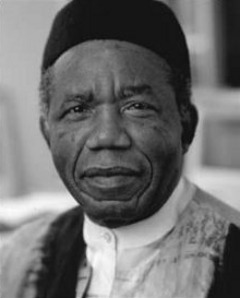 Today, on what would have been his 84th birthday, we celebrate the birth of Nigerian novelist, poet, professor and critic Chinua Achebe. Achebe was represented by David Bolt who along with Sheila Watson started the agency Bolt & Watson which eventually went on to become Watson, Little Ltd. We are honoured to have him as part of our agencies history and celebrate his incredible contribution to African literature.

Achebe’s first novel THINGS FALL APART (1958 William Heinemann) is the most widely read book in modern African literature and is considered his magnum opus. Achebe has been called “the father of modern African writing”, and many books and essays have been written about his work over the past fifty years. In 1992 he became the first living writer to be represented in the Everyman’s Library collection published by Alfred A. Knopf.