Farrago signs debut ‘rom-com with a twist’ by Lee Farnsworth 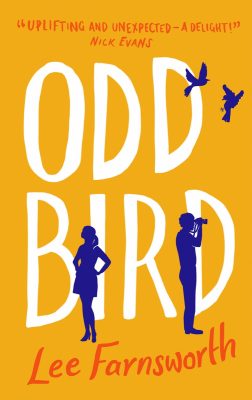 Odd Bird follows Simon Selwood, an academic expert on the mating behaviour of birds. When Simon meets Kim, something finally becomes more important to him than ornithology. Trying to adapt what he has learned about the courtship behaviour of birds, Simon embarks on a journey of love.

Fanny Emily Lewis, publicity and marketing executive, said: “It’s been a joy to work with Lee on his debut. He has combined a quirky cast of characters and the tricky world of dating with his in-depth research of bird species – and as a result has created a witty, informative novel for readers who are hungry for a romantic comedy with a bit of a twist.”

Odd Bird will be published in October 2020.