Congratulations to Martin Edwards after his double award win! 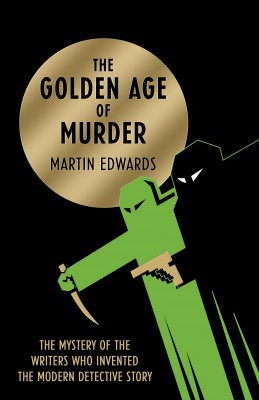 Martin Edwards has recently become the recipient of both the Edgar Award for the Best Biographical/Critical Edgar award and the Agatha Award for Best Non-Fiction for THE GOLDEN AGE OF MURDER (HarperCollins). Both awards, announced in April this year, celebrate the best literary works in the world of crime and mystery.

THE GOLDEN AGE OF MURDER is a real-life detective story, investigating how Agatha Christie and colleagues in a mysterious literary club transformed crime fiction, writing books casting new light on unsolved murders whilst hiding clues to their authors’ darkest secrets.

This is the first book about the Detection Club, the world’s most famous and most mysterious social network of crime writers. Drawing on years of in-depth research, it reveals the astonishing story of how members such as Agatha Christie and Dorothy L. Sayers reinvented detective fiction.

Congratulations to Martin – a very well deserved win for a fantastic book!