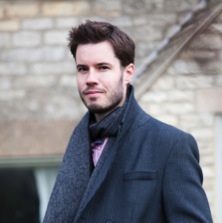 Tim Hall previously worked as a news journalist for the Daily Mail and Daily Telegraph. Most recently, he spent almost two years in Bermuda running the news desk for the Bermuda Sun newspaper. Tim’s debut novel SHADOW OF THE WOLF was published by David Fickling Books in 2014, and his second EARTH SWARM will be published in July 2019.