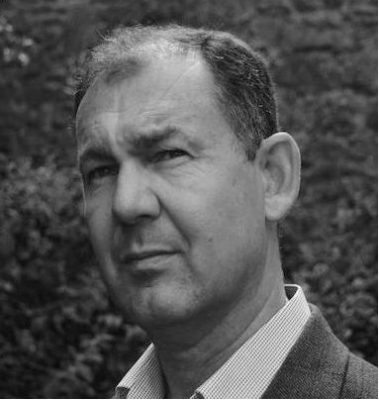 Born in London in 1957, for nearly twenty-five years Matt Johnson wore a uniform as a servant of Her Majesty in both the Army and Police.

Matt experienced an incredible career involving murders, shootings and terrorist bombings. He was blown off his feet at the London Baltic Exchange bombing and among the first on the scene at the 1982 Regents Park bomb.

Perhaps Matt’s most harrowing experience was in 1984 when he escorted his dying friend and colleague, WPC Yvonne Fletcher, to hospital at the start of the siege of the Libyan Peoples Bureau.

Matt Johnson’s entry into the world of literary fiction was unusual. Following a diagnosis of PTSD, Matt was encouraged by his counsellor to write about his experiences. He eventually weaved these notes into a debut novel that he described as having a tremendously cathartic effect on his condition. Matt used his detailed knowledge and memory to create WICKED GAME, a fast-paced, exciting and authentic tale of modern-day policing.

A keen motorcyclist, Matt Johnson is patron of the Military Charity ‘Armed Forces Bikers’ and the fundraising group ‘Shoeboxes for Heroes’ and has been described as  inspirational proof that PTSD is a condition that can be conquered with the right help and support.

WICKED GAME is described as having the ‘realism of McNab and Ryan together with the story-telling of Patterson and Child’.

Peter James wrote of WICKED GAME “…terse, tense and vivid writing. Matt Johnson is a brilliant new name in the world of thrillers.”

Sir Ranulph Fiennes says of WICKED GAME ‘From the first page to the last, an authentic, magnetic and completely absorbing read’.