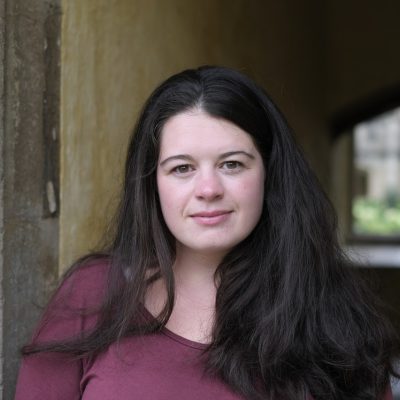 Lucy Ayrton is currently writing A STORM TORN COAST, a novel depicting working class life and intense friendships in a Northern British coastal town that is falling into the sea. It is the first in a new two book deal with Dialogue Books and will be released in hardback, ebook and audio in November 2023.

Lucy is a former Communications Manager of a prisons charity, and much of her debut One More Chance is informed by the people she has met and visits she has made – especially to the Holloway Mother and Baby Unit. She has an MA in Writing from Warwick University, is a lively presence on the performance poetry scene, and currently teaches Creative Writing at Oxford University. She wrote and performed two full-length spoken word shows at the Edinburgh Festival: Lullabies to Make Your Children Cry, recipient of the PBH Best Newcomer Award, and adapted into a pamphlet with Stewed Rhubarb Press. The Splitting of the Mermaid, was a winner of the Ideastap Members Presents: Preview Season and was performed at Underbelly. Her blog Lucy In The Pub With Cider is about literature, feminism and baking. Lucy lives in Oxford with her husband and baby.