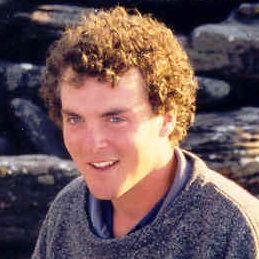 Lawrence Potter grew up and went to school in Canterbury, and then went to Magdalen College, Oxford to study Classics. Whilst there he travelled to Central America, taught English in Romania, and visited Scotland on many occasions to climb mountains and swim in the sea.

On completing his degree, he spent a year trying to work out what to do next, most notably failing in his bid to become the personal assistant to a politician by the name of Geoffrey Archer (as he thought) in his campaign to become the Mayor of London. It turned out that the politician was actually called Jeffrey Archer, which explained why Lawrence was unable to locate his website (www.jeffreyarcher.com), and discover what his views on the future of London actually were.

As a result, Lawrence found himself wandering around New Mexico, being admitted to the secrets of Native Americans and experiencing the adrenalin rush of a roulette win in Las Vegas. During this time, he decided that it was his destiny to become a Teacher of Mathematics – a realisation that came to him during a ritual dance just outside Santa Fe, and which had nothing to do with cactus juice. So he returned to the UK, completed the London Marathon (coming in just ahead of Frank Bruno and a Womble), and signed up for a teacher training course at St. Martin’s, Lancaster and then King’s College, London.

He worked for two years at Graveney School in South London, where he learnt that teaching was hard and children were cunning, and where he was surrounded by colleagues who gave him invaluable advice and plenty of support. Meanwhile, during his holidays (which he richly deserved) he continued to travel, completing the West Coast Trail on Vancouver Island (whales playing in the waves of the Pacific), mountain-biking in the Sawtooth Mountains of Idaho (bears in the bins and ladies’ night in cowboy country) and hiking the Kungsleden in Lapland (saunas followed by swims in glacial lakes).

He recently returned to the UK and currently teaches maths in south London.