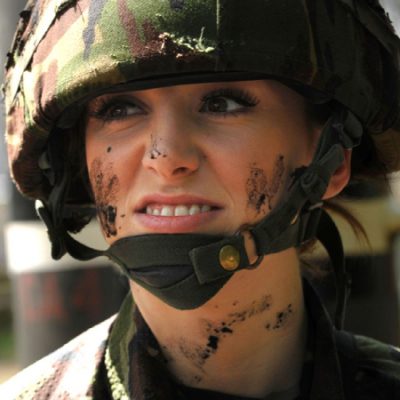 Lance Corporal Katrina Hodge grew up in Tunbridge Wells, Kent. She joined the Army at the age of 17 and was posted on a six-month tour of Iraq the week she turned 18. On her return she received a bravery commendation. In 2009, she was crowned Miss England. Kat has since become the face of La Senza lingerie and the Uniform Dating website, while committing a large amount of time to military charities.