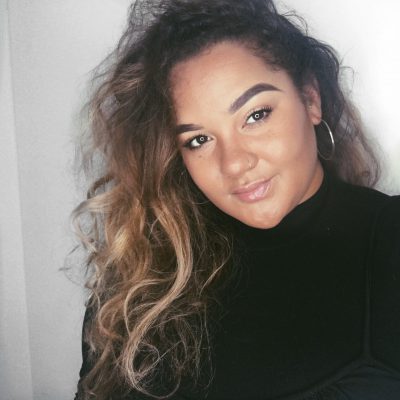 Grace Victory is an award-winning blogger and YouTuber with over 23 million total views to date.

She is one of the UK’s forerunning and most successful Internet sensations and over the last 4 years has built a global audience with her unique flare and girl power attitude. She has just been voted best YouTuber for Cosmopolitan Magazine and was awarded ‘Most Inspiring Role Model’ for InStyle Magazine’s Project 13.

Grace is an inspiration to thousands of young people around the world and hailed as the “most inspiring person on the net” and the “Internet’s Big Sister”, being one of the only mainstream fashion and beauty bloggers to cover mental health issues.

Summer 2016 saw Grace debut her hit documentary “Clean Eating’s Dirty Secrets”. Challenging the claims many health gurus swear by, the documentary was one of the most watched shows on BBC Three Online, achieving over 1.5 million views across BBC One and BBC Three Online combined.

Due to the massive success of this, Grace made a subsequent documentary. “The Cost of Cute: The Dark Side of the Puppy Trade” which saw Grace investigate the hard-hitting truth behind to the rise of the ‘Instagram dog’. Over the coming year Grace will explore other subjects exclusively for BBC.

Grace has exclusively presented London Fashion Week and has worked with brands including L’Oreal, Clinique, ASOS and New Look, to name but a few.

Grace is also a dedicated body image campaigner and curvy model in her own right. She also regularly attends inspirational meetings with young women to give advice, guidance and a chance to share each other’s stories.

Her first book NO FILTER was published by Headline in July 2017.