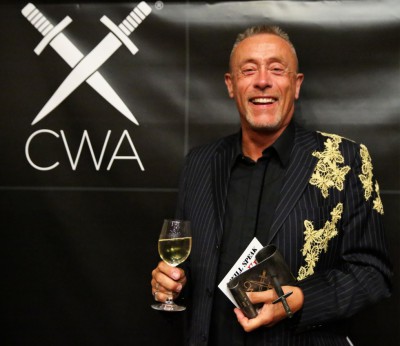 Congratulations to Christopher Fowler, he was awarded the Dagger in the Library Award last night at the annual, The Daggers, organised by the Crime Writers’ Association (CWA).

The Dagger in the Library award, the shortlist for which is assembled via online voting from readers and then decided by a judging panel, was awarded to Christopher. The award is for a body of work rather than a single book, and Fowler’s oeuvre includes his series of Bryant and May novels, featuring the “gentlemen of a certain age” who head up the Peculiar Crimes Unit.

Congratulations again to Chris on such a well deserved award!