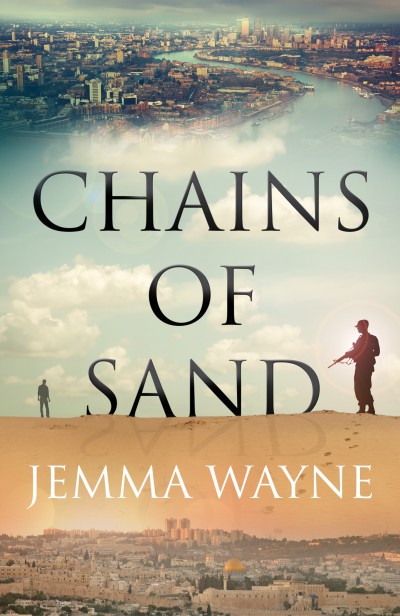 In the heat of an Israeli summer, amidst fresh attempts to restart peace talks with the Palestinians, Udi struggles to fill out a UK immigration form. He cannot find the information he needs, but “…he has always been good at tracking down things that are hidden, like cockroaches in his mother’s kitchen cupboard, or Hamas fighters in Gaza.” At 24, Udi is a veteran of the Israeli Defence Force and has killed five men. He wants a new life in a new country.

Daniel is 29, a Londoner, an investment banker, an Arsenal fan, and a Jew. He wants for nothing, yet he too is unable to escape a yearning for something more, and for less – and he looks to Israel for that. He cannot know, though, that the star-crossed love of Dara and Kaseem, a Jewish girl and an Arabic man in Jerusalem ten years earlier, will soon complicate all that he thinks has become clear.

CHAINS OF SAND is a novel about identity, family, and clashes of culture. It explores racism in Israel, anti-Semitism in Britain, and the struggle of families dealing with the prospect of letting their beloved children sacrifice everything they know for everything they want. CHAINS OF SAND is the follow-up to Baileys Prize longlisted AFTER BEFORE and will be, most probably, the first fictional address of the current Israeli-Palestinian crisis.

Other books by Jemma Wayne